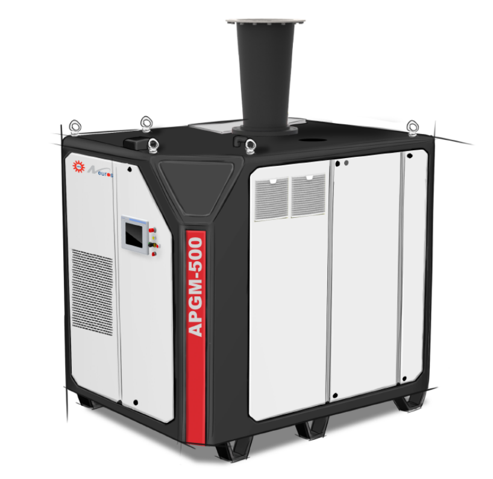 Driven by sinusoidal PWM algorithm it lowers motor heat rejection and minimizes cooling requirements resulting in energy savings.
The High Efficiency Turbo Blower is a “plug and play” product that’s ready to use at the point of delivery with a very quick and easy installation. Everything is pre-assembled and pre-integrated inside the unit in a rigid and hermetic enclosure. Our unit has a 55% smaller footprint than conventional blowers, and can be installed outdoors under a protective shelter in the most extreme climate, both hot and cold. They are also equipped with an easy to operate touch screen (PLC) for easy control, monitoring and diagnostics on the process parameters and blower conditions.

Finally, the turbo blower is an efficient, oil-free and environmentally sustainable product providing end users with significant reductions in operating costs through energy savings of up to 40% (according to a third party study) and low installation and maintenance costs – only air filters need periodical cleaning or changing. Other important benefits include much lower noise and vibration, durability, and reliability.